At its big campus launch event in Cupertino on 26 March 2019, Apple outlined its plan to role out a series of enhanced services with subscriptions across its hardware. Coming at a moment that is politically opportune, it is also a time of intensifying competition in streaming subscriptions and content creation amongst the large tech and media companies.

Netflix has just reported that it gained a record 9.6 million new subscribers in the first quarter of 2019 even as the competition from Amazon Prime, Hulu, and now Apple, increases. Netflix now has 149 million subscribers globally. US telecom conglomerate AT&T, which owns Time Warner, is planning its own streaming service. Disney, which has now merged with Fox Television, bought a stake in Hulu from AT&T to gain further control of that streaming service.

Apple’s announcements at Cupertino are particularly interesting because they could again typify the company’s ability to come into a market later but with a strategic idea that enhances ease of delivery and consumption. The presentation of a complete ecosystem of content and services from cradle to grave could ultimately work and bring the company to a dominating position in news media and entertainment. The strategy of leveraging its smooth combination of hardware and software across its proprietary devices, and its pile of cash seems like a logical next step.

The red-carpet event at Cupertino essentially talked about its enhanced services and content in the warm and fuzzy context of political, social and cultural tolerance and inclusiveness. The idea being that both creativity and trust are an integral part of the Apple brand, which can be extended by taking the high road on immigration, racialism and gender equality.

While Apple’s services are first aimed at the high-density US market where its iOS has a penetration of around 50%, this will be followed in developed English-speaking markets such as Canada, the UK and Australia to be followed by Germany, Japan and China. This is a global plan and we feel that media organizations in other parts of the world who do not examine its implications closely are perhaps being a bit insular.

The first announcement was of Apple News+, a revision of Apple News, a US$ 9.99 a monthly subscription service that mentioned two major newspapers ‒ the LA Times and the Wall Street Journal. News+ starts with 300 magazines, including most of the Conde Nast magazines that are committed to paywalls and also the The Atlantic. Experts say this service is likely built on Texture, a magazine subscription service platform that Apple acquired last year.

The monthly fee of under US$ 10 is a bargain for subscribers since the curated and ‘customized’ content works across devices and enables ‘family sharing.’ Apple claims it is, ‘A win-win for all stake-holders.’ One can only presume that the large anticipated base of News+ subscribers will compensate publishers’ for the erosion of their own paywall generated digital subscriptions.

Apple TV+ is planned to roll out in the fall of this year as a service available on all the company’s devices with family sharing as well. In addition, Apple has tied up with four Smart TV manufacturers – Sony, Samsung, LG and Vizio – on which it had already brought AirPlay 2 and Homekit compatibility earlier this year. With Apple’s intention of announcing pricing for this by end-May 2019, it should be noted that here the company seems to be willing to forego some of its Apple TV hardware sales by building, empowering or activating this service within its Smart TV manufacturer partners.

The Smart TV+ app will offer curated and personalized suggestions for shows and movies from over 150 streaming apps, including Amazon Prime, Hulu, and pay-TV services. To some extent, content currently available on iTunes is likely to become cheaper as a part of the new subscription bundle.

Apple Arcade, the company’s gaming service app, is likely to surface at the end of 2019. It will include access to all the games online or offline for six members using family sharing. Apple says it will give total privacy and contain no ads.

Apple is also widening or deepening its Apple Pay service, which is already used for 10 billion transactions a year, with a strong financial credit card play called Apple Card. This service will bring in Goldman Sachs Bank which entered the consumer lending business in 2016, as a partner.

The Apple card will reside on the iPhone and iWatch and also be available as a physical card. Apple promises that it will not track your transactions and most of the data will be on the device with daily cashback instead of reward points. (The sample shown at the Apple is a laser etched titanium event that doesn;t even have a user number or security code) There will be a daily cash back 2% of any Apple Pay transaction; a 3% cash for purchases from Apple; and a 1% cash back for transactions using the physical card.

Using partner Mastercard’s credit and payment network and scheduled to become available worldwide this summer, Apple claims this service will address all the pain points of current credit card services. Privacy, safety, high interest rates and ease of use will be addressed.

Why is Apple setting this new course?

Predominantly a computer and device company, Apple’s run of high growth in iPhone sales seems to have run out of steam. iPhone sales plateaued in 2018 at 217.72 million in comparison to 2017 sales of 216.76 million. As per its latest published results, Apple’s revenue from iPhone sales declined by 15% over the previous year while its services business shows improvement in revenues.

Among its four segments of non-iPhone revenues, services are already the biggest contributors in the Apple stable. Revenues of the services business were over US$ 10.9 billion in the most recently reported quarter, a year on year increase of 19%. Services revenue also exceeded sales of other non-iPhone Apple devices in the recently reported quarter with the Mac at US$ 7.4 billion, the iPad at US$ 6.7 billion or the combined sales of wearables, home and accessories products at US$ 7.3 billion.

Although the active installed base of Apple devices is said to be around 1.4 billion, growth is reaching a plateau. The A12 chip and the INTEL 845/855 technology seems to fit or exceed the current needs of customers. Investment in taking this technology to faster speeds may simply be redundant, when the real opportunity seems to be in optimal utilization by providing additional content and services. Apple’s innovative devices such as the iPhone, iPad, Mac, Apple Watch and Apple TV, its platforms iOS, macOS, watchOS and tvOS and its iTunes App Store, Apple Music, Apple Pay and iCloud are already a substantial ecosystem that can be better utlilized by an increased push of services from its own umbrella.

While Apple expects services to drive revenue growth to exceed US$ 50 billion by 2020, investors feel that it is still early stages and a bit premature to predict the outcome. Hardware sales still dominate with the iPhone accounting for 56% although in the last two years a good bit of these sales are of replacement sales.

The revenue from the hardware sales is quite different compared to the much smaller but regular payments of the subscription or annuity model. However, services growth could help iPhone and other device sales. To some extent, services revenue could also make up for falling sales in China.

Firstly, Apple is seizing on the pain points of cost, advertising and privacy that come along with the offerings of most other service and streaming content providers. The streaming content will reside primarily on its own Apple and its Smart TV partner’s devices so they will perform both offline and online. The implications are that it will provide a safe, curated, personalized eco-system of news, entertainment, games and banking services.

Another implication of this announcement is that Apple has laid down the gauntlet for the panoply of streaming services with its very wide range of collaboration across hardware, devices, content creators and banking. While Amazon, AT&T, Disney-Fox, Hulu, Netflix and others have also become investors in content and some of them own various parts of technology, they will have to pick and choose their alignment with Apple.

The implication for the rest of the world’s news and entertainment media is clear. Your content better be good enough to pay for. Put up your own paywall first, and then, perhaps Apple will come knocking to make you a part of its News+ or TV+ services offerings.

V Siva Raja, formerly associated with several large Indian newspapers, is currently proprietor of Innovation Factory. He can be reached at fivei.innovationfactoryllp@gmail.com. Naresh Khanna is the editor of Indian Printer and Publisher and Packaging South Asia. 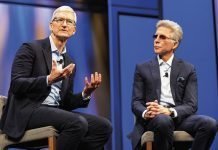 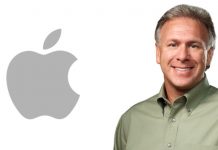 Zee looks for a tech partner