Founded over a decade ago in 2007, Mumbai-based digital print house PrintStop has seen a very robust annual growth in recent years. Last year, the company grew by a healthy pace, but the rate of growth has somewhat slowed down from a couple of years ago. The company has gone in for some restructuring at the retail operational level.

PrintStop currently caters to the stationery, marketing collateral and print-on-demand segments. It has implemented a hub and spoke model where there are multiple retail outlets across the city of Mumbai and then a mothership at Lower Parel. The retail outlets handle small jobs while big jobs are completed at the mothership.

Founders of PrintStop, Milap Shah, Pratik Shah and Siddhi Shah, interestingly, did not have any printing background. Milap did his computer science, Pratik has an actuarial background while Siddhi is a systems engineer by training. The idea to set up a digital printing firm struck while they were studying and working in the US.

Some rationalization in operations

Although in 2018, the company grew by a healthy 25%, the rate of growth has somewhat reduced from 30-40% for the past couple of years. The company has also gone in for some restructuring at the operational level.

“For PrintStop the start of 2018 was tepid at best but Q3 and Q4 were phenomenal. Year-on-year, we have grown over 25%. Overall, I think the digital industry is growing quite well but the growth has been more in the north and south than the west. The west seems to be a bit saturated comparatively,” says Pratik Shah.

PrintStop has not made any significant investments in the last two years. In 2015-16 the company invested in three digital presses and Shah believes there is a lot left to extract from them.

“After looking at how the industry is moving and after speaking with a few colleagues in the industry we thought it was better to lay low and wait for the right time and technology to make any new significant investment. However, at the beginning of last year we moved to our brand new office, which is the biggest investment we have done in the last 10 years,” Shah adds.

For PrintStop, the year 2018, from the point of view of retail operations, was about taking some hard decisions. “We have taken some practical decisions and shut stores which we were not able to manage well. We are currently left with three stores—two in Sion and one in Lower Parel. But the positive thing is that in the last six months since the restructuring there has been exceptional growth in retail because of the renewed focus,” Shah states.

Although online or eCommerce sales still make up a minority share of overall business, Shah says this has been and will be the company’s major focus area as the segment holds huge potential for the company.

By 2020 PrintStop will have about 60% of its revenue from online sales, Shah says with confidence. “Our online business is currently growing 100% every year, while offline is growing about 15%. The only thing that we are sure about is investment in our online technology and investment in good people. As far as machines are concerned, we are still not sure about where to invest. We don’t want to become guinea pigs and be the first to invest in something. We will rather wait and watch for some affordable stable technology,” he concludes. 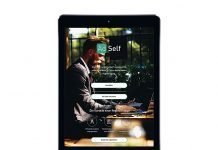 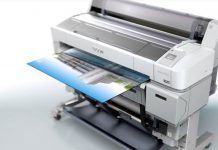