Although HP is not showcasing any of its machines at its In-Store Asia 2019 stand, the company is showing various applications that can be performed on the recently launched HP Latex R-Series. All the samples that are on display at the HP India stand have been printed on the R-Series printers at HP’s Singapore demonstration center.

The R-Series can print on a wide variety of rigid substrates such as foam boards, foam PVC, cardboard, fluted polypropylene, solid plastics, aluminum, wood and glass among others.

“This is the first time white ink has been introduced in Latex technology and this opens up new avenues for customers,” says Anil Tayshete of HP India. The innovations introduced by HP in the Latex R Series will help in delivering a glossier and smoother image apart from reducing the turnout time, he adds.

The first R-Series, the R2000, in India has been bought by Bengaluru-based signage printer SSR Enterprise, says Tayshete. “The machine is under installation at Bengaluru and is expected to be commissioned in another couple of weeks,” he shares.

According to him, HP India is in talks with a few more customers and more installations are expected to happen in the coming months. 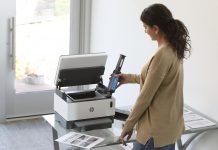 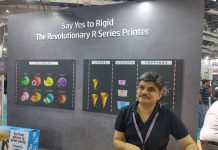