Dr Shashi Tharoor’s Why I Am a Hindu has been making international waves since its release earlier this year; Vani Prakashan’s publication of the Hindi language translation was hailed by its first readers as a welcome addition to the discourse of religiosity, Hinduism/ Hindutva/ Hindu-ness, as well as both political and quotidian, experiential function and forms of being Hindu in 21st century India.
Chaired by poet, writer/scholar, distinguished former member of the Prasar Bharti Board, Director General of A.I.R. as well as Doordarshan, and current Vani CEO, Leeladhar Mandloi, the panel was studded with eminent personalities who dialogued with Tharoor about his book and the precepts it is founded on. The panel presented wildly different, even divergent, views yet agreed about the book’s significance in this current age, the rigour of Tharoor’s research and the lucidity of his prose (as well as the felicity of Yugank Dhir’s translation), and the critical importance of this country’s commitment to secularism and “not just tolerance but acceptance” of plurality. The threat posed by mobbish exceptionalism and the dangers of eliding minority experiences and vulnerabilities were acknowledged, and there was a welcome, quiet sense of commitment through the room, of opposing both.
NCP General Secretary Devi Prasad Tripathi pointed out that Hinduism is a dynamic faith, constantly adding to its repertoire with conceptualizations such as the Arya Samaj and the figure of Sai Baba; journalist and Hindi scholar Rahul Dev took issue with Tharoor’s unproblematic condemnation of the word ‘Hindutva’; renowned writer activist Dr Tasleema Nasreen took issue with a legitimization of religious faith in a scientific age rife with sectarianism and fundamentalism; and CSDS stalwart and interdisciplinary scholar sociologist Dr Abhay Kumar Dubey delivered a wonderfully articulate critique of the entire historical process that has led up to communal majoritarianism in India. Dr Tharoor’s response, of satisfaction that the questions he touches on are live, and the various facets and nuances of this knotty complex are being seriously and conscientiously considered, left all directions open to exploration beyond the room and evening, the specific time and place.
Despite the contentious nature of Tharoor’s frames of reference, and the politically charged and fraught content of his book and the debates it participates in, the launch of Main Hindu Kyun Hoon was a surprisingly convivial and unequivocally celebratory event. All points of view received a respectful hearing through the evening, the diverse perspectives and identities surveyed and surveying the field doing so in an earnest spirit of happy intellectual curiosity and genuine camaraderie. The idea of the social good too often gets mired in ultimately egotistical, individual power struggles; too rarely does a group offer each participant recognition as an asset to the concerted development and progress of thought as a communal endeavour. If nothing else, Tharoor’s book and its Hindi translation have offered readers a chance to reinvent the way religion, faith, and group identities are approached and discussed; the subtle undercutting of acrimony they facilitated on 2 December 2018 at the India International Centre, New Delhi, makes for a powerful tool to be wielded by all, small and sincere makers of the secular nation state. 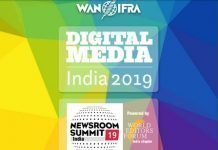