The rampant violence against journalists in India, who become the victims of the wrath of powerful politicians and their followers has resulted in a consistent fall in India’s rank in the global Press Freedom Index (rsf.org/en/ranking). In 2017, India’s rank plumetted three ranks down to 136 and in 2018 dropped further to 138, in a list of 180 countries.

The so-called largest democracy in the world has constantly failed to protect its journalists from censorhip and bodily harm. The disgraceful and documented record marks journalism as one of the most dangerous jobs in India — 142 journalists were attacked in just the two years to 2015, and 70 journalists were killed in the 24 years to 2016. Outspoken journalist Gauri Lankesh was shot as she was entering her house in Bengaluru on 5 September 2017. Even after the public’s plea to the government to bring to justice the brutal murderers of journalists, not a single murder of journalists has been solved in India in the last 10 years, according to a report on The Hindustan Times wesbite.

Nevertheless, the Indian constitution recognizes freedom of speech and expression to all in [Article 19(1)(a)]. The article does not explicitly mention freedom of press but it is made clear that it is inclusive of freedom of press and circulation.

In November 2018, the Cable News Network (CNN) filed a lawsuit in the US District Court in Washington DC, against the White House when the press pass of its White House reporter Jim Acosta was taken away – violating CNN’s and Acosta’s first amendment rights. However, the court immediately ruled in favor of CNN and the White House was made to reinstate Acosta’s press pass. And in spite of some blustering by Trump himself about establishing guidelines for white house press conferences, the entire matter has been dropped.

In India, a defamation case was filed by BJP President Amit Shah’s son Jay Shah against The Wire and its journalists in October 2017 for the article ‘The golden touch of Jay Amit Shah.’ The article cited from public records that Jay Amit Shah’s company’s revenues sky-rocketed from Rs 50,000 to over Rs 80,00,00,000 in a single year – a16,000 times rise in the year following the election of Prime Minister Narendra Modi. Especally onerous was a gag order forbidding further reports on the story. The court denied the gag order and asked Jay Shah and The Wire to settle the defamation suit amongst themselves. Significantly, The Wire declined to apologize but agreed to provide a clarification and the article was not removed from its website.

In both the cases, the courts showed their support for the freedom of expression and upheld the rights of journalists to report the truth. The right to a free press is the foundation of a democracy. However, the patrons of hate towards the media continue to undermine and belittle the rights of a free press.

Even though the constitution of India promises freedom of expression to its citizens, the government has often failed to protect those who tried to voice the truth. Increasingly the work of journalists is also thwarted by the government’s use of Section 353 of the Indian penal code. The charge of obstructing a public servant on duty is the easiest to level against anyone even asking questions of public officials. And Indian journalists are increasingly being booked under it.

Today, social and digital media have become the fastest purveyors of news. One would think that these would aid journalists to speak more freely and engage their readers on open interactive platforms. However, these have also become platforms of hate for those who despise facts and those who seek to make personal attacks against individual journalists and media organizations.

The ‘Hindu nationalists’ and supporters of Bharatiya Janata Party (BJP) and Rashtriya Swayamsevak Sangh (RSS) openly use social media to harass journalists. According to the Quartz India website, a Quint India journalist was subjected to online harassment. The fanatics even issued rape and death threats against her which caused her story being pulled off the site. Similarly, Dhanya Rajendran of The News Minute website was subjected to offensive tweets. The tag – #PublicityBeepDhanya received over 30,000 tweets, reports Quartz India.

This is just the tip of the iceberg; the magnitude of the situation is horrifying. The New Indian Express website reports that when the murderers of Lankesh were arrested, a hit list of ‘anti-Hindu’ journalists prepared by members of the unnamed crack team came to light. The list included 34 names given by the arrested team who were trained to ‘save Hindu religion’ by the assasinations.

With both online and actual physical intimidation and threats to journalists, what could possibly be the remedy? Threats, attacks and murders of journalists remain unaccounted for. This raises the open-ended question – whether the Indian media is actually free to report the truth, or whether freedom of expression will remain one of the great myths in the world’s largest democracy?

Naresh Khanna with inputs from AM 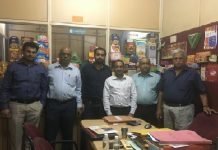 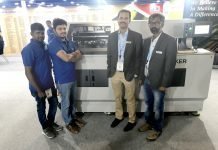 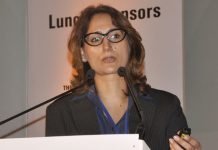