In a surprise announcement on 13 November 2018, Zee promoter Subhash Chandra declared that he was looking for a global technology partner to divest up to half of the promoters stake. Investment banker Goldman Sachs has been assigned the work of selecting a suitable strategic partner. The move comes a month after media baron Rupert Murdoch decided to sell his sizeable holdings in 21st Century Fox to Disney holdings for US$ 71 billion. The assets included all the properties of Star TV in India. In the early days of foreign investment in private television broadcasting in India, Murdoch and Chandra had partnered to bring Star to the country.

Zee’s move surprised employees of the cash flush conglomerate. “It is like retiring at the peak of a cricketing career,” said a senior executive wanting to remain anonymous. There was absolutely no sign of financial trouble whatsoever and the company had recently set up its global news channel WION demonstrating it’s global ambitions.

On the other hand it should not be such a surprise considering the way Reliance and Jio have expanded their tentacles in the entertainment and media space after buying out a dozen plus Indian news and entertainment channels with its Network 18 and ETV deals in 2014. It may be better to meet this enormous challenge head on and be fully prepared with both a war chest and a technology capability to remain at the top. “Gone is the time we could do it on our own – from a content company we want to become a content and technology company,” said Punit Goenka heir-apparent and managing director and CEO of ZEEL in reply to the question from the media on why the Zee promoters have decided to sell up to half of their 42% stake.

Major tech and cable companies could be keen

Though Reliance is considered a probable suitor along with US cable company Comcast, Chinese eCommerce major Alibaba, and US tech majors Apple and Google, as per a TOI report there could be several other probable buyers. These include eCommerce giant Amazon and cable companies AT&T and Verizon – all of whom have sizeable interests in acquiring and driving content to home in India. The consumer market in India is huge and immensely beneficial to companies that have control over the technology, infrastructure and content. The growth in the sector has been double digit for nearly all of the past decade. Most content companies in India did not invest in distribution traditionally. A decade ago, Zee TV was one of the first companies to invest in direct to home (D2H) services, namely Dish TV and Citicable a national cable TV service provider. However these are not enough today, considering that multiple pipelines have opened for the supply of content to the consumer.

Once upon a time content was king. But with most content being downloaded through mobile phones, the balance has shifted to the technology players. It is just a matter of time that technology companies that are much bigger in revenue generation and who control distribution will buy the media companies which are puny in comparison. The disinvestment by Essel is a well thought out move before margins come under pressure and crunch time arrives. The entire planning for restructuring began a few months ago when the parent group Essel Corporate LLC acquired 15 million shares of ZEEL increasing its stakes from 1.49% to 3.05%

The consolidated revenue of Zee is modest and was Rs 7,126 crore (US$ 990 million) in financial year 2017-18, although profits were a healthy Rs 1,478 crore (US$ 205 million). The market value of the stock on 13 November 2018 was Rs 42,000 crore (US$ 5.8 billion). Considering that a profitable company like Zee would command a premium of 30% to 50% the family could receive anywhere between Rs 20,000 crore to Rs 25,000 crore on its proposed disinvestment. Apart from the cash, if it can find a strong technology player as an partner it could mean the survival of the brand and its successful expansion into a global media conglomerate. Something that it could perhaps, never do on its own. 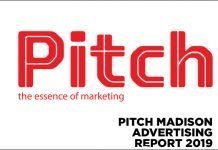