Konica Minolta Business Solutions India Ltd. based in Gurgaon, Haryana is a subsidiary of the Konica Minolta Business Technologies Inc. in Japan and supplies printing machines to its wide range of customers in India. Over the past few months, the company has been working upon upgrading the capabilities of its already existing printing machines in the market to launch newer and enhanced variants. Most of the variants have already been launched for customers, such as the Konica Minolta bizhub Press C73 hc which is a new variant of the KM bizhub C71 hc printing press. The company may also come up with a new variant of its roll-to-roll label press which it plans to unveil during Labelexpo India 2018 at Greater Noida in the month of November. As of now, for the current financial year, the company has ruled out any new product launches but will continue to bring enhanced versions of already existing products.

“We’re already past the first six months of the current financial year and our goal during the start of this year was to achieve Rs. 650 crore. This figure would help us achieve double digit growth as compared to the previous financial year. If I look at the first half of FY 18-19, we did better than planned, registering a growth of over 25% which means we’re on track. If we maintain the growth at the same rate, I think our target should be achievable,” says Kuldeep Malhotra, vice president – Sales, Konica Minolta India.

Konica Minolta witnessed a big boost in sales in its A3 color office machine segment. “The demand was on a rise and we managed to sell a good number of presses. This was something where we were lagging last year but this time around we managed to improve. In terms of the black and white market, there was a noticeable dip this year because we had some product availability issues but we managed to recover in Q2. Overall, we somehow managed to narrow down the gap in that segment,” Malhotra shares. In the production printing segment, the company witnessed an upward trend due to the growth in demand. With regard to the market share, Konica Minolta has not yet received any official data from IDC but is quite confident about scoring high this time around in the production engine business.

Commenting on the digital printing scenario in India, Malhotra says, “I think the overall market is bullish. When we say that we’re growing, we’re no strangers to the fact that our competitors would also be growing but at what pace is what really matters. As far as Konica Minolta, we are able to maintain double digit growth. With the trend observed in H1, we’re quite confident that the story would more or less remain the same throughout H2. With more and more corporates investing money, and with government intervention and monetary investments in new projects, the overall market really seems poised for improvement.”

In the international market, the shift from analog to digital is pretty evident. This is in stark contrast to the Indian market, which is still in second thoughts about shifting completely to digital. But then, digital has been there for quite a while now and people are continuing to invest in digital technology. This shows that printers are adapting to it. “It will be unfair to predict a technology completely overtaking another but in days to come, with increase in short-runs, the digital technology should transcend,” Malhotra shares. Highly thriving markets such as the US or the European markets still work on a fair share of offset technology. With newer innovations in offset and digital, it all narrows down to ease-of-operation and saving time and money.

There has been quite an improvement in the government’s ePortal. Ever since its inception, ePortals have helped improve transparency in the entire process. They have also provided a platform for bids, which further helps in filtering vendors and improving the buying process for the government. 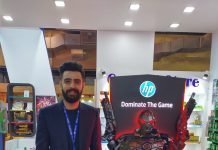 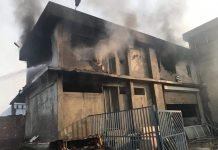