Anna Burns has won the 50th Man Booker Prize, for Milkman. The book is published by Graywolf Press in the U.S. Burns, who is the first Northern Irish writer to win the £50,000 prize.

The Man Booker Prize is sponsored by Man Group, which was recognized as a partner who mirrored the quality, integrity and longevity of the Booker Prize. The prize underscores Man Group’s charitable focus on literacy and education as well as the firm’s commitment to excellence and entrepreneurship.

The judges included Kwame Anthony Appiah, a philosopher, cultural theorist and novelist; Val McDermid, an award-winning Scottish crime writer; Leo Robson, one of the leading literary and cultural critics of his generation; Jacqueline Rose, internationally known for her writing on feminism, psychoanalysis, literature, and the Israeli-Palestinian conflict; and Leanne Shapton, a Canadian artist, writer and graphic novelist.

Appiah, 2018 chair of judges, praised Burns’s utterly distinctive voice, which “challenges conventional thinking and form in surprising and immersive prose.” He added, “It is a story of brutality, sexual encroachment and resistance threaded with mordant humor. Set in a society divided against itself, Milkman explores the insidious forms oppression can take in everyday life.”

Burns was one of the six authors shortlisted for the award, alongside Esi Edugyan of Canada for Washington Black (Knopf), Daisy Johnson of the U.K. for Everything Under (Graywolf), Rachel Kushner of the U.S. for The Mars Room (Scribner), Richard Powers of the U.S. for The Overstory (Norton), and Robin Robertson of the U.K. for The Long Take (Knopf). Johnson, at 27, was the youngest author ever to be shortlisted for the award.

“We are all over the moon that Anna Burns has won the Man Booker Prize, the first time in Graywolf history that an author we have published has had this honor,” said Graywolf publisher Fiona McCrae, who attended the ceremony. Steve Woodward, editor of Milkman, added, “Milkman is a novel of tremendous power and verve, and the voice of middle sister, who rallies against the pervasive influence of the patriarchy, is still ringing in our ears.”

As a result of the win, Faber and Faber, which publishes Burns in the U.K., has gone back to press with a 45,000 reprint of the novel. 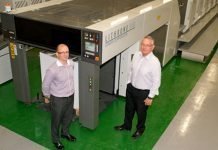 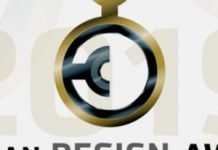