The INMA South Asia Festival took place from 7 to 11 August in New Delhi. The 7th evening consisted of a briefing by INMA executive director and CEO Earl Wilkinson and media analytics expert Sandeep Amar in preparation of the first INMA study tour in India on the following two days.

The two-day conference beginning 9 August asserted, by and large, the strength of the Indian print media. Rajiv Verma, president of INMA South Asia and then Pawan Agarwal, the deputy managing director of the Bhaskar group and the chairperson of the conference, spoke of the consistent 5% CAGR of the Indian print media industry over the past ten years. Right from the outset, the conference established that the future of print media is neither restricted to print, nor language nor region.

Agarwal said that with only 11 crore (110 million) penetration, the Rs. 30,000 crore industry has plenty of headroom to grow in a population of 1.3 billion. Bhaskar Das, executive president of the Bhaskar group, who also moderated and took part in many sessions throughout the two days, forcefully added that print is the most digitally savvy as well as the most technology agnostic medium, “We should feel good about creating a totally new product and re-creating trust every day,” he said at the beginning of the proceedings.

The next session presented some of the new thinking used by legacy media organizations to extend their brand and their reach. Eenadu’s advisor PVS Prakasam spoke about how the Telugu regional daily had to start from ground zero to inculcate reading habits, processing local news and reaching it to remote areas before sunrise with multiple, district and even constituency-wise editions. He also spoke of the group’s expansion to radio and television and from local to national and imminent launch of its ETV Bharat channel in 13 languages and 23 states.

Girish Agarwal of Bhaskar spoke of his organization’s successful expansion and reasserted the success of the entire print media industry with ABC circulations rising rising 5% CAGR over the past ten years. Speaking of how the Bhaskar group expanded to Gujarat, Agarwal explained that media entrepreneurs have to understand markets and management rather than merely language. He brought to light the increase in cover prices to Rs. 4.5 and in the case of some dailies to Rs. 7 and Rs. 10,  saying that we are unnecessarily enamored of much smaller digital companies—a thought that was echoed later by Anant Goenka, executive director of the Indian Express group. “Your companies are worth a billion dollars. We are the ones that are growing much faster than other industries in India for the past ten years and we need to talk about our industry in a positive light. Transition will happen but which digital company can say that it employs 5,000 people on the ground.”

Dainik Jagran’s editor-in-chief Sanjay Gupta spoke of the print medium having a primacy as far as single-minded attention and understanding. He asked the audience, “The challenge is to think of how news is consumed today when the newsroom leadership is still coming mostly from older leadership. Can we as journalists and news editors create compelling, relevant and globally relevant content? Can this lead to a situation where we can command a premium for our content? Otherwise, we will surely face challenges in the future. On the other hand, as our economy grows the opportunity is for us to even think globally.”

Gupta added that the industry will have to get used to higher newsprint prices, “This is the new normal and our dependence on advertising revenues needs to come down.” 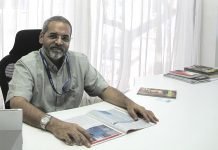