At the Media Rumble we spoke to Raju Narisetti, who has done stints as a founding editor of Mint, managing editor of Wall Street Journal Digital News, managing editor of The Washington Post and as chief executive officer of Gizmodo. Narisetti had two interesting sessions at the Media Rumble and also addressed the INMA South Asia conference in the following week. Narisetti, who has worked in print as well as digital media both in India and the US for more than two decades, discussed the current challenges faced by legacy media houses and how and when they may overcome these, if at all.

IPP – Do you think that media companies are too dependent on low hanging fruit like page views and click-based ads? Are they also increasingly dependent on technology companies for their ad revenues?

Narisetti – When digital media came along, most media companies were not technologically equipped to understand how big this business could get. So most media companies did not embrace it and those that did basically took the print version of the newspaper and put it online. And they thought that because we can grow the digital business very quickly, maybe we don’t have to charge readers and we can do only with advertising revenue. And they then let the emerging technology companies that were there then, which was not Google, but Double Click and a few others take the initiative and set the ground rules for engagement.

And to be fair, pageviews is not a bad metric. All it is saying is how many pages some unique visitor coming to the site is consuming. That is an important measure because you could put so many ads on a page that the consumer watches. I think what our industry did not understand is that its competition will stay as small as it was in the pre-digital era, that it will be difficult for new entrants to set up their newsrooms and create content.

There were two things that media companies did not anticipate. The first is that with the arrival of the web anybody could compete with anybody irrespective of the geography. Secondly, they did not anticipate that curation and aggregation would emerge as a layer on top of news. But with aggregation, supply quickly became infinite and as a result the leverage and bargaining power shifted from media companies to the advertisers. And then Google bought Double Click and consolidated its digital advertising model. By the time media companies woke up to what was happening, it was all too late.

IPP – Are legacy media companies, who talk to brand owners for print advertising, going to change their approach in digital, and get back the initiative?

Narisetti – Though legacy media companies have started changing, I do not see that happening. This is largely because digital news companies and news bloggers have outnumbered legacy media houses. Today we are all talking about a share of the pie which has shrunk to 15%. True, it is an enlarged pie but the competition is much tougher. In India we did not have the Scroll, The Wire, the FirstPost or the Quint a decade back to compete with The Indian Express or The Hindustan Times. So the advertisement pie got hugely fragmented. And then mobile phones came and made it even tougher. For example, a page view on a desktop could accommodate, say, four ads. But a page view on mobile could barely hold one. Today over 60% of the content today is consumed by smartphone users.

And then again media organizations did not take advantage of the unique position they had ten or twenty years ago. They did not create destinations that were compelling or interesting to the new generation of users. So when Facebook came and created it, they were immediately able to syphon of another bunch of consumers. Facebook had no page views, but it could drill down on data and leverage interesting content and build its advertisement revenue around user-generated content.

The media companies were never good at understanding their users and what they wanted. But that does not mean all has been lost. I don’t believe that media houses can rely only on advertising revenue alone for ad dollars and survive today. Coming back to your original question, the media houses who have developed brand loyalty over the years are today exploring new ways of monetization. We are discussing some of those ways at this conference.

IPP –  What do you see as revenue sources other than advertising and subscription that media companies could tap into? Especially because artificial intelligence is entering digital media and will make it more difficult for legacy businesses.

Narisetti – There could be a whole range of services that media companies could explore. For example, creating native advertising content where you create original content for a brand. But then again there you have to compete with advertising companies. Sure, there is no field that is virgin, that is left for you to take control of completely. But media companies have been creating content around brands and mixing news with paid news for quite some years. Several large brands are generating good revenue from it without losing their credibility and I see no harm in that.

Increasingly there is an evolving trend in the US that is called content lead commerce. The New York Times has acquired a company called Wirecutter that for example recommends products. And when somebody clicks and buys the product you get a commission. Of course you can say that there is Amazon in that space. But the advantage is that people trust recommendations from a news brand more than they would trust a product seller. So you can leverage that and because of this, eCommerce has become an interesting business for media companies.

However, you have to be very careful here. If you are thinking of pure eCommerce where you are competing with the AI-driven model by Amazon, or Flipkart or others, you are not going to succeed. But if you are thinking of an article that reviews a product and then testing it through a recommendation company and you are mixing things up and doing things that AI can’t substitute, you are going to succeed. I am not against paid views as such because as long as it is clearly demarcated, there should be nothing objectionable about it. After all we carried advertisement without labelling it for years, so what is the big deal of carrying news and views related to brands. All this while an advertisement never said that it was an advertisement, so I do not understand why we seem to be so worried when it comes to digital.

IPP – What do you think about the viral news business. We as editors are given targets of say 10 million page-views per month. So we are manufacturing viral news by video editing a collage of related news into a single eye-catching video. Such skills are now being often misused by videographers to generate fake virals.

Narisetti – What is virality? It is getting the most number of people to consume the journalism that you produce. Inherently nothing is wrong with that at all. The problem happens when in search of audience you are walking away from newsroom ethics and creating false content. So it is actually about who is running the newsroom.

When I was growing up in India in the sixties and seventies, there were two news magazines called Blitz and Current. They were tabloids and did sensational journalism and they were all about virality. So I don’t think that search for virality is new. The problem is that anybody can create a news brand digitally and some of the standards that people used to follow are not being followed any more. And they are getting the same traction.

And we haven’t even seen the effect of synthetic news that is just taking off. What is emerging now is synthetic news with deep fakes. What they will do is take a video of former President Obama and they will take his voice from his many speeches and create a new speech. Just inserting a few words in his voice can turn a whole speech upside down, having a completely different meaning.

For example, he could have said ‘Trump’ in one speech and said ‘is my best friend’ in another speech. You edit the two skilfully and it becomes ‘Trump is my best friend.’ I think there is a lot of sophistication ahead of us that is going to be even more dangerous and that is what we should be more worried about.

IPP – Business Week and Washington Post have been bought by tech billionaires. Will all media houses ultimately sell out?

Narisetti – Well, the consolidation is actually going to happen. For example in the US the biggest buyer of media companies are actually telecom companies. AT&T just bought CNN, Comcast owns big shares of Buzz Feed and Voux, Verizon bought Yahoo, AOL and Huffington Post. The telecom companies have a bigger advantage than tech companies. They already have pipes into our homes that feed the internet, cable TV and our phones. So their capacity of bundling all services together and offering a package to the consumer is much higher. You could argue that this by itself is not a bad idea.

For example, if Jio whose parent company owns Network 18 says to you that on your Jio phone or wifi at home it can give you a host of movies and entertainment shows for Rs 5 more per month, then from a customer point of view that is not so bad. I would not worry much if the pipe companies start owning the content. The problem is if they stop saying that they won’t carry a competitor, like for example Mint in their pipes. But that is where the telecom regulators and the net neutrality laws will come in.

I am not worried about tech companies owning media companies as such, because media companies have been such a disaster at understanding, managing, operating, anticipating, competing and acquiring businesses. The myth in India is that newspapers are doing fine. But I challenge anybody to show me one 20-year-old who is consuming content from a printed paper. The pipeline for the future is absolutely empty. So ten or fifteen years from now, the pipeline becomes narrower and narrower unless you deal with it now. Unfortunately, none of the media companies want to admit it. The problem is that most of the media companies are owned by people in their mid-50s. They all have a 5 to 10 year horizon. They do not want to take any risks. They do not want to cause any short-term problems. This is because they feel that they can carry on for some time and it is going to be someone else’s problem some ten years later.

You might want to read these articles as well: 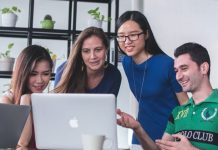 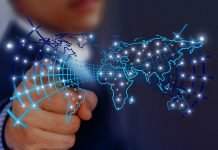 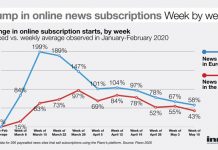