India’s newspaper market is one of the largest in the world. The average circulation of dailies sky-rocketed from 109.9 million copies per day in 2009 to 130.6 million in 2013, and is expected to rise to 161.6 million copies in 2018, according to a report by PWC. ABC circulations have also shown 5% CAGR increase over the past ten years.

However, with the rise of disposable income and penetration of high-speed internet, internet users have replaced computers with smarter mobile phones. This has presented an opportunity for greenfield internet based news and video channels that do not have the paper, print and distribution costs of the legacy media. The ‘alternate’ media offer news and entertainment on-the-go via mobile phones on a broader platform questioning the relevance of traditional media in today’s times.

Innovation in both text and video story-telling coupled with additional reader engagement, largely propelled by social media and personalization, is luring readers to digital-only news media. The new technology (cell phone based video clips) and social ecosystem are providing the opportunity to create, curate and publish without having to use ink on paper. The new platforms, which include local aggregators, can be either content or tech led and some have support from Indian and global non-profit foundations.

Scroll (scroll.in) – Run by US-based digital publishing company Scroll Media Inc. and founded in 2012 by Samir Patil (chief executive officer), Scroll.in is an independent website that covers news, politics, sports, culture and everything in between.

The Quint (thequint.com) – An Indian news website founded by Raghav Behl and Ritu Kapoor. The Quint is a news website that covers everything ranging from politics, sports, bollywood, tech, business, and entertainment.

Factly (factly.in) – Started by a group of friends to ‘make public data meaningful to the common man,’ Factly shares stories that dig into and use government data.

The Wire (thewire.in) – The Wire was established by a non-profit organization, Foundation for Independent Journalism (FIJ), in 2015 by editors Siddharth Varadarajan, Sidharth Bhatia, and MK Venu. It is a news website that covers a wide range of subjects such as politics, foreign policy, political economy, science and development.

Dailyhunt (dailyhunt.in) – Earlier called Newshunt, Dailyhunt was founded by Umesh Kulkarni and Chandrashekhar Sohoni in 2009. According to techinasia.com, it is believed to be one of the world’s top mobile application for news with 22 million users and 30 billion page views per month.

Inshorts (inshorts.com) – An innovative news platform, Inshorts is a website that summarizes news in 60 words or less on various topics such as business, sports, technology, India, world and entertainment. Established by three IIT dropouts Azhar Iqubal, Deepit Purkayastha and Anunay Arunav, the wesbite also comes in the form of mobile application for busy readers.

The Ken (the-ken.com) – An Indian business news website based out of Bengaluru, The Ken was founded in 2016 as a premium subscription-based platform that publishes one article per day.

Kafila (kafila.online) – A news and media blog, Kafila deals with issues of contemporary world. It is a collaborative effort of radical political and media critique by scholars, activists, writers and journalists to produce radical news content.

Alt News (altnews.in) – Alt News is a fact-checking website found in 2017 and run by former software engineer Pratik Sinha. The independent website provides news in areas such as politics, science, society, education, and religion and depends on grants and donations. 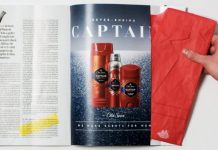