Cobrapost, in its ‘Operation 136’ investigation, has uploaded videos that indicate the willingness of top media houses to run political campaigns, mock opposition leaders and propagate Hindutva for electoral gains in exchange for large sums of ‘advertising’ money. The investigation carried out by Cobrapost also includes a sting operation on Paytm, the eCommerce payments giant.

As per The Quint, Cobrapost’s reporter, Pushp Sharma, posed as an RSS pracharak by the name of Acharya Chhatra Pal Atal and engaged various marketing, editorial and responsible management personnel in 27 media houses for ad campaigns that would openly influence systematic editorial campaigns geared to deliver the 2019 elections to the BJP. YouTube videos show conversations with Times Group managing director Vineet Jain discussing Sharma’s proposal to pay Rs 500 crore to the Times Group in exchange for pro-Hindutva content in several propaganda phases, including an initial soft phase regarding Lord Krishna and the Bhagvad Gita. In the discussion of payment terms, Jain is seen suggesting methods to funnel cash through industrialists such as the Dalmia, Essar and Adani groups. In the conversation, Jain tells Sharma to pay any of these industrialists in cash, suggesting that the industrialists would readily, in turn, pay the Times Group by cheque.

In fairness to the Times, it must be said that owners of other publications also met with Cobrapost’s Sharma posing as a BJP connected moneybag and media strategist. In the main they were all receptive to political advertising campaign and a systematic denigration of the opposition. Altogether, a total of 27 media organizations were covered in the sting operation and almost all bent themselves backward to grab this opportunity apart from two media houses, Bartaman and Dainik Sambad. Other media organizations that were investigated and seem pliant on the videos are India Today, Hindustan Times, Dainik Bhaskar, Zee News, Star India, ABP, Dainik Jagaran, Radio One, Suvarna News, Red FM, Lokmat, ABN, Andhra Jyothy, TV5, Dinamalar, Big FM, Prabhat Khabar, K News, India Voice, The New Indian Express, MVTV and OPEN magazine.

Reacting to Cobrapost’s investigation, the Times Group called it ‘heavily doctored, incomplete and presented in a selective manner using out of context statements.’ The Times Group further claimed that it was conducting a reverse sting operation on Cobrapost reporter Sharma. A statement by Times Group reads, ‘We were aware that the reporter in question was a dubious character and our senior functionaries played along with his activities to reel him in to discover his true intent and backing and find out which business house or political parties were behind him. In fact, it was our reverse sting, carried out knowingly with a plan to make him commit a mistake and expose the people behind him.’

Operation 136 – II
Cobrapost’s investigation titled, ‘Operation 136-II,’ says that a senior vice president of Paytm allegedly claimed that the eWallet company received a call from the Prime Minister’s Office (PMO), at a time when stone pelting had reached its peak in the Kashmir valley. In the tape released by the media house, Ajay Shekhar Sharma, senior vice president and brother of founder Vijay Shekhar Sharma, is seen telling the reporter on tape that the PMO demanded that Paytm share user data with a political party so as to identify the stone pelters.

Though Sharma is seen telling that the PMO asked for the data, it still isn’t clear whether or not Paytm complied with the PMO’s alleged demand. Paytm also released a statement on micro-blogging site Twitter rubbishing the claims made by Cobrapost.

Bhaskar gets ex-parte restraining order
Media site, The Wire www.thewire.in reports – ‘In a rare instance of one media house going to court to restrict the press freedom of another, the Dainik Bhaskar group on [24 May 2018] Thursday obtained an ex-parte order from the Delhi high court restraining Cobrapost from releasing an incriminating documentary showing how Dainik Bhaskar and around two dozen of the country’s leading media houses had apparently agreed to an undercover reporter’s business proposal offering money for news coverage designed to polarise voters in favour of Hindutva.

‘The web portal, which had scheduled the release of its investigation at a press conference for 3 pm on Friday, May 25, was served the order issued by Justice Valmiki J. Mehta on Thursday evening.

‘The order states: “In view of the arguments urged by the planitiff [Dainik Bhaskar], till further orders unless varied by the court, the defendants [Cobrapost] are restrained from in any manner releasing in public domain the documentary ‘Operation 136: Part II’ in any manner including at the Press Club of India on 25.5.2018 at 3.00 pm.”

‘Cobrapost was also restrained from releasing the contents of an email it had sent to the Bhaskar group on May 10, 2018 and other related telecommunications.

‘Cobrapost editor Aniruddha Bahal told The Wire that the email referred to was the detailed questionnaire sent to Dainik Bhaskar seeking their response to various statements its senior management officials had made to the portal’s undercover reporter.’ 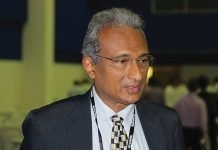