Paper is out of fashion. Though it has been in vogue for 2000 years, the last two decades of digital dominance has created a myth of it being replaceable. But to think that it has lost utility is fallacious. There is no easy replacement of paper; and who knows it better than the tech industry, which faces the onerous task of data management and maintenance. There are three challenges to eliminating paper. First is the monetary cost. Second is the environmental cost. And third is the compliance cost. In each case, the transition from paper to digital technologies like the blockchain is frightfully expensive.

Paper is used for many purposes in the real world. It finds applications in almost all areas of human development from use as toilet paper to state-of-the-art printed packaging. But while the industry has developed over millennia and centuries, nobody has cared to do an elaborate analysis of its cost to benefit ratio. Hence, when plastic arrived it replaced paper without a fight. Now due to environmental concerns plastic bags are once again giving way to paper bags. Similarly, when digital technology arrived it appeared invincible, leading everyone to believe that it would trounce paper in a decade. But that will not happen. If plastics are a high maintenance replacement of paper, then digital technology is an even more expensive proposition to both create and to maintain.

Blockchain: The new age digital ledger
One of the key challenges for the digital economy has been to create permanence. Whereas paper once printed provides a permanent documentation, there was no such definitive fool-proof documentary evidence for digital records. Even if stored in PDF files or secure folders, digital records could be hacked. This had made record keeping extremely difficult in the world of big data. Thus, an alternative hack-proof solution was needed to secure digital records being created at a phenomenal pace worldwide. This is the root cause of most of the financial mega scams that take place worldwide. Digital transactions are not always locked and stashed away irrevocably in lockers like printed bank documents can be in the real world. It is said that one of the reasons that many of the Wall Street bankers were able to cover up their real losses in the 2008 mortgage crisis was because the digital records of the securitization that took place in the thousands and the derivatives that were swapped by the banks were highly compromised.

Creating a digital ledger is expensive
While print records could be signed, stamped and sealed irrevocably, digital records could not be easily and securely stored a decade back. These were manipulated at a later date with no evidence or entry date that could prove manipulation. To secure data, computer engineers devised the blockchain around that time. The blockchain technology was a secure digital ledger written by software and time-stamped. It was devised to manage digital assets. Simply speaking, a block is a secure record linked to another block with a cryptographic link. Each block typically has a cryptographic hash and irrevocable transaction data and time stamp. A chain of independent and secure blocks forms the distributed digital ledger. Once written, it cannot be changed without erasing the entire chain link created after the block that needs alteration. The open distributed ledger is verifiable by a peer-to-peer network and hence alteration is difficult and it is considered a valid contract between two parties. But developing the blockchain is an expensive process. Firstly it needs high-end coding experts who understand both the technology and the process. Each blockchain is tailor made for a particular process requiring specialized knowledge. A blockchain for medical records would be distinctly different from a blockchain for banking records or a supply chain blockchain. Secondly, it needs many hours of computer coding. Then it needs a peer network for verification purposes and digital wallets for storing them securely. All this means spending hundreds and thousands of dollars for just creating a secure ledger. It’s a highly expensive alternative to the paper ledger that just costs a few hundred bucks to produce. As an alternative, blockchain is yet to mature but has seen companies pour billions of dollars into research. Meanwhile, it has spurred cryptocurrencies already causing turmoil in the financial sector across the world and may bring further unforeseen havoc. The blockchain is a technology of the future, but one that countries and industries do not need today without increasing the danger of scams and the alienation of a large number of users who are neither equipped nor interested in its use. However, it is fast becoming an investment destination because it is yet unknown and fraught with possibilities.

Investment in paper and print product promotion is a must
The paper ledger is by comparison an easier solution, which requires not only a much lower cost to produce but is easy to handle. It has certain large unexplored advantages that will not be evident before the digital ledger is fully developed in the coming decade or two. Just like the paper bag and the plastic bag story, it will make its comeback. For it is not only cheaper but comes with a sustainable environmental footprint and a manageable compliance cost. In subsequent articles we plan to talk about the environmental and compliance costs of the digital ledger or blockchain technology that is attempting to replace the paper ledger. But to prove that competitive replacement technologies need to be deferred or shunned needs deep rooted functionality research and sustained promotion. This does not perhaps happen in the paper and print industry unlike in the plastic or the technology industries where a lot of investment goes into application research and product development. Even today though the plastic bag is being shunned worldwide, few businesses are ready to invest in a sustainable business model for the paper bag as the only viable replacement. Thus, the print and paper industry will go through troughs and crests of demand depending on the capability of the new age technology that attempts to make it redundant and obsolete. In short the print-paper industry is an existing, fully developed passive technology that is too deeply entrenched to wish away, but one that is doing nothing to defend its turf. Even the Poultry Federation of India does more to support the consumption of eggs than our paper and print industry. 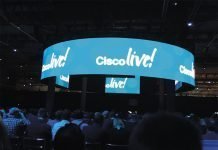