The billionaire investors Carl Icahn and Darwin Deason have overturned the Fujifilm takeover deal in its present form, while completely changing the entire Xerox board and seen to the exit of ‘hopeless conflicted’ CEO Jeff Jacobson. These actions came as a result of a ruling by the Supreme Court of New York on 28 April 2018, which handed down a preliminary injunction a day after Reuters reported that Japan’s Fujifilm and US-based Xerox had reopened negotiations to discuss a higher price for Xerox following pressure from the activist investors who own 15% of the company.

In granting the injunction, Judge Barry Ostrager said Xerox CEO Jacobson had attempted to conclude the deal even though he had been advised to end negotiations by the Xerox board. “The facts abduced at the evidentiary hearing clearly show that Jacobson, having been told on 10 November that the board was actively seeking a new CEO to replace him, was hopelessly conflicted during his negotiation of a strategic acquisition transaction that would result in a combined entity of which he would be CEO,” the judge said in his decision. “There is ample evidence that he collaborated with Fuji to make himself indispensable to the transaction.”

As a result, Xerox announced that it has entered into an agreement with investors Carl Icahn and Darwin Deason, who claim the original deal ‘dramatically undervalued’ Xerox. The two investors have nominated a full slate of ten directors to replace Xerox Corp’s existing board at the company’s upcoming AGM.

The new board of directors plans to evaluate all strategic alternatives to maximize shareholder value, including terminating or restructuring Xerox’s relationship with Fujifilm and the proposed transaction with Fujifilm.

The new Xerox board issued the following statement about the agreement – ‘After careful consideration of shareholders’ feedback on the proposed combination with Fuji Xerox, Xerox approached Fujifilm regarding a potential increase in consideration to be received by Xerox shareholders. As yet, Fujifilm has not made a proposal to enhance the transaction terms.

‘Following the court’s decision last week to enjoin Xerox’s proposed combination with Fuji Xerox, the board considered the significant risk and uncertainty of a prolonged litigation, during which the company would be prohibited from negotiating with Fujifilm, as well as the potential instability and business disruption during a proxy contest. As a result, the Xerox board of directors determined that an immediate resolution of the pending litigation and proxy contest is in the best interest of our company and all stakeholders.

‘This agreement will help ensure that Xerox and its employees will be able to continue to focus on serving customers and building on the company’s financial and operational performance.’

Icahn issued his own statement about the agreement – ‘We believe Friday’s decision and this agreement mark a watershed moment for corporate governance generally and for Xerox specifically. With new leadership in place, we believe Xerox will be much better positioned to take advantage of multiple potential value-enhancing opportunities, including restructuring its relationship with Fujifilm, our supposed ‘partner’ whose conduct over the last year is more unbelievable than what you see on fictional TV shows like ‘House of Cards’ or ‘Billions’. Thanks to our efforts and the courage and conviction of Darwin Deason, this is once again an exciting time to be a Xerox stakeholder.’

Deason also issued a statement about the agreement – ‘The future for Xerox is extremely bright. With John Visentin at the helm, receiving support and guidance from Carl Icahn and me, I am confident the alternatives for Xerox and its shareholders will be fully and expeditiously maximized. John is the right leader at the right time for Xerox.’

Apparently this is not the end of the saga as Fujifilm is considering an appeal against the Supreme Court decision. ‘We disagree with and are disappointed by the judge’s ruling,’ the company said in a statement. ‘We strongly believe that all Xerox shareholders should be able to decide for themselves the operational, financial, and strategic merits of the transaction.’

Fujifilm currently owns 75% of Fuji Xerox, a joint venture launched more than 50 years ago. Under the proposed deal announced in January, Fuji Xerox would buy back that stake from Fujifilm for around US$ 6.1 billion and Fujifilm would use those proceeds to buy 50.1% of new Xerox shares. 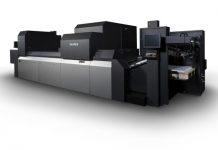 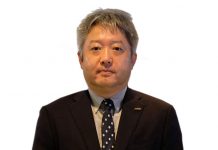 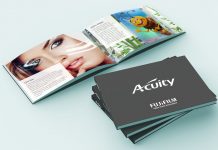