Facebook Instant, the hottest marketing tool of the digital world, has slowed this quarter. Several print media houses in India found their digital revenues plummeting to a fifth of what it was just a few months ago. The head of marketing of a major publisher says, “For over a year the digital media revenue was too good to be true, thanks to Facebook Instant. Brands were paying higher prices than ever, and we were on a roll. But today earnings from Facebook Instant are meager.” Facebook confirmed that user engagement dropped by 50 million in the last quarter of 2017. The slide continues in the first quarter of 2018, even as security concerns rise.

Google wrests back pole position
Nicholas Thompson, editor-in-chief of Wired, recently shared a post that shows the amazing comeback of Google as Facebook traffic slipped in the past few months. Since 2015, Facebook grew its footprint exponentially while FB Instant dominated digital advertising because of its quick loading API and social audience connect. Google’s traffic volume dropped from above 50% in 2012 to 33% in 2017. Facebook, on the other hand, grew exponentially from 6% in 2012 to overtake Google for most of 2015-17. FB ad revenues grew by 49% to US$39.9 billion in 2017. Publishers, especially Indian publishers who were primarily interested in cutting marketing cost, quickly adopted FB Instant. They made this choice in spite of FB retaining a whopping 30% of the ad revenue as well as the user interface data.

Facebook Instant slows
Fake and low-end accounts at Facebook (especially in India) ensured that the FB Instant model slowed as quickly as it had risen. Chandan Arora, a digital marketer based in Chennai, echoes this view. “Publishers were making enormous money through Facebook Instant till last year. They have started pulling out and are coming back to us as revenues from FB Instant have come down.” Almost every large publisher uses a digital marketing agency, which number in the thousands if not in the millions. Many are hoaxes, and a few are cheats who use your content to tag, code and promote other aggregator sites. Nevertheless, they are employed by publishers to push up revenues apart from Facebook and Google. Facebook is now reportedly tweaking its business model due to brand and user resistance. The FB Instant model is now going through a major revamp. The company is also building a video-first entity. Brands complain that Facebook likes do not translate into buys. A known reason is that FB regulars are mostly teenagers or in the 15 to 20 age group with limited purchasing power or intention to buy. This audience tends to be irreverential and fickle with frequently changing tastes.

Fake accounts and the bot menace
“It is all time pass. When we enter the platform, we do not have many FB friends nor do we have much to say. The well-designed content from brands fills in the page space. So you like something, which has the proverbial ‘303 likes.’ But as you grow your friends, those same ads look intrusive. Now you want to avoid them in your private FB page,” says 19-year-old Snighdha Chauhan, a student of Journalism at VIPS who has been a FB regular right from class 10th. But more than teenager accounts, it is the growing number of false accounts at FB that are damaging the platform. Facebook user hours dropped by 50 million hours in 2017, despite a 14% rise in number of users. This clearly shows user disenchantment. The digital giant is now cracking down on multiple accounts of a single user that are usually fake accounts. It is also trying to stop the bot invasions. The general complaint has been that fake likes and fake followers today are far in excess of the real world accounts. Artificial Intelligence is today the biggest contributor to social media. It is the AI-driven bots that more often than not make the videos or the posts go viral within 12 to 18 hours after they are launched. Publishers are equally to blame. But bots are not the only menace. There is more, for which both the platform and publishers are to blame. This is how it works. There are two ways that you can grow followers or likes on your FB page—either organically or by paying a small fee to FB, which is similar to Twitter and other social media platforms. But it is FB and not Twitter, which is monetizing the fastest. Most publishers buy followers to quicken the speed of monetization. Unfortunately, money does not buy genuine and worthwhile followers. These followers are mostly fake account holders and surely not genuine product buyers. Some further cheating takes place at the publishers’ end at the developer level. Likes, shares and engagements are all clubbed while showing the number of article likes in the publisher’s web pages. All this enhances the publisher’s social media face value but brands suffer in the long run. As the results and analytics are increasingly tweaked by bots and developers, the promise of transparency that digital media once held gets lost. Publishers also lose out because they delegate marketing rights to these digital giants.

Almost all Indian media houses apart from the market leader Bennett Coleman (Times of India) depend primarily on FB or Google for marketing. This is somewhat surprising because the same brands keep in touch and directly advertise with the publishers in their print pages. But in the digital world, most publishers don’t interact with the brands, choosing instead to sell through FB Instant or Google Adsense. And thus brand resistance against paying big money for digital page views is growing. But that is another story that has to be left for another time. 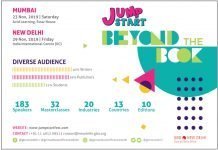 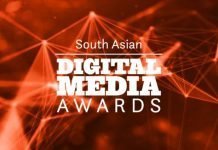 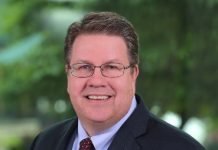