When we wrote about the Hindi daily Amar Ujala a year ago, it was in the process of installing and establishing five new automated presslines in its Meerut, Agra, Lucknow, Kanpur and Varanasi plants. In Meerut, a Manugraph M450 Hiline with six 4-Hi towers running at 45,000 cph was to be installed to which another 4-Hi tower was added making it a 7-tower press capable of printing 28 pages in full color in a single section. In Varanasi and Agra, the plan was to install Manugraph M360 presslines consisting of six 4-Hi towers running at 36,000 cph but one tower each has been added to these lines also, making them capable of 28 full-color broadsheet pages as well.

The Printers House Orient presslines in Kanpur and Lucknow had seven 4-Hi towers, each running at 45,000 and 36,000 cph respectively that were installed right from the start of these lines. Thus, all the five new presslines with 533 mm cutoffs are able to print all 28 broadsheet pages in full color in a single section at one time. All these presslines have auto-splicers for reel changes without stopping the press and the higher speed presses have mailroom automation systems provided by Stallion and Technicon. Modern dampening and chilling systems are also used with spray dampening bars. All five new presses have auto-registration systems as well as cut-off controls.

In the past year, Amar Ujala’s circulation rose from 29.3 lakhs (2.93 million) to over 30 lakhs (3 million copies). The pagination mostly varies from 18 to 24 pages although it touches 28 pages including supplements and in holiday season even exceeds this. Amar Ujala’s 19 editions are published from the North Indian states of Uttar Pradesh, Uttarakhand, Himachal Pradesh, Punjab, Haryana, Delhi NCR, Jammu & Kashmir and the union territory of Chandigarh. As a part of the continuous modernization program, a significant number of computer plate devices are to be replaced in the coming year with four already ordered – a Kodak thermal CtP and three violet devices from Agfa.

Two new plants in the coming year
Amar Ujala is planning to add two new plants in as yet undisclosed locations in the coming year. This seems in keeping with its strategy to offer a strong mix of international, national and local news and entertainment, which it feels that readers now require because of their exposure to electronic media and which smaller local dailies are unable to deliver. To provide this variety of content, as well as the color advertising to support this level of publishing, the Hindi daily feels that the capacity to print a significant number of pages in full color is needed.

Book publishing and commercial printing
A few years ago, Amar Ujala diversified to book publishing and commercial printing with a separate division with its own adjacent building in Noida containing both sheetfed and web offset presses and a complete finishing and binding department. The book and commercial printing plant contains high-end sheet fed and UV presses, folding, gathering, lamination, cutting and binding machines.
The division supplies mainly educational support materials and study materials for competitive exams. In addition, it produces jobwork and magazines both for its own group and for other news publishing groups and contributes about Rs. 30 crore to Amar Ujala’s approximately Rs. 1000 crore annual turnover. 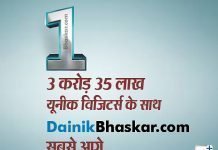