The latest IRS Survey released last month after a period of four years and incorporating a larger sample of respondents (320,000) seems more fantastic than realistic. Various reasons have been given for releasing something called Total Readership (TR) figures instead of the earlier Average Issue Readership (AIR) figure. The total readership number is supposedly the number of people who have read a particular newspaper at any time over a month.

The implication is clearly that the Indian newspaper industry is perhaps the most efficient in the world, both in reach and in its ability to increase reader motivation and competence. With a daily circulation of 13.6 crore copies (136 million copies daily), newspapers have a penetration of around 10.3% (which is itself only partially audited) of the total population but they are nevertheless able to reach 79% of the population if the IRS Survey 2017 is to be taken seriously.

In other words, Indian newspapers are able to raise absolute literacy numbers beyond government data.

Thus, the addressable market of literate Indians is not likely to be more than 82.36 crore discounting the population under 10 years of age, above 80 years of age and those who are visually challenged. If these factors are taken into account, the potential target audience of 103 crore remains, including both literate and illiterates. Taking a literacy rate of 80% of this population, it yields a potential readership of 82.3 crore (823 million). The implication is that not only every literate reads a newspaper every month but that each literate reads more than one newspaper title each month.

As a plausibility check, let us take IppStar’s (www.ippstar.org) analysis of the Hindi newspaper market in which approximately 5.2 crore (53 million) copies of 800 dailies are printed every day. With a Hindi speaking population of 57.6 crore (576 million), the sale of the Hindi dailies achieves a penetration of 8.76%. Assuming the Hindi population has achieved a literacy rate of 73.16%, this would mean a potential readership of 42.14 crore (421 million). The IRS 2017 claims that the top 8 Hindi dailies in the IRS Survey have a combined readership of 26.7 crore, which implies that 63% of the Hindi literate population reads one of these eight dailies at least once a month. Considering that there are another 790 Hindi dailies, it would seem that all Hindi speakers are already reading a newspaper each month. The readership multiples of the leading 8 dailies in the latest IRS Readership Survey are frankly, quite questionable and in need of validation.

Several journalists and experts have questioned IRS 2017 and wondered if it will meet the same fate as earlier surveys in terms of credibility. The problem as pointed out by experts and by advertisers is that they are not universally happy with total readership in a month. As JS Kapany of Paytm pointed out in an article by Vanita Kohli-Khandekar in Business Standard, “AIR is a measure for regular readers, and the advertiser puts money based on the probability of a regular habit and hence the expected view of the ad on any given day.”

In another article by Raushni Bhagiya on www.bestmediainfo.com, she quotes a senior industry professional who discards the proposition of Total Readership becoming the new metric for media planning, “The sales will be done only on the basis of AIR. It is a better medium for trading as it shows that the possibility of that particular person reading the same newspaper is much higher than a person listed in TR, who has read a newspaper somewhere in the last month.” Another comment from an industry veteran, “Come on, we are talking about daily newspapers here, which have a shelf life of not more than 24 hours. Who read what in the last one month and that too possibly once or twice, is a matter where no advertiser would want to put money in.”

All this talk of exponential growth in readership is hiding the fact that actual circulations are rising rather slowly. The new IRS metrics have allowed almost every daily to be number one or two or some metric or the other. As churumuri quoted Groucho Marx in its blog, it’s a clear case of, “If you don’t like my principles, I have some new ones that you may prefer.” 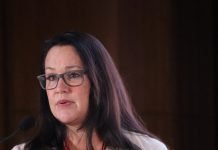