Jaipur BookMark (JBM) is focused on the business of books and translations and brings together key players who are the driving force behind the growth of this industry. JBM, which began in 2014, provides a B2B platform for publishers from around the world to come together and discuss different aspects of the trade. Over the past five years, JBM has evolved into an important forum which brings together publishers, literary agents, writers, translators and book-sellers to ‘talk business’ through focused sessions and roundtable discussions.

The fifth edition of JBM took book lovers through the journey and metamorphosis of a book—from stimulating discussions with aspiring writers, literary agents and publishers to book cover designers, graphic artists, and audio and digital platform providers.

Day 1 of the event centered round four crucial sessions. ‘For the Love of Books’ with Akshaya Rautaray, Satabdi Mishra, Tilak Sharma, Nikko Odiseos, Shruti Sharma, moderated by Urvashi Butalia, celebrated unusual booksellers and curators who infused new life into promoting and preserving books with innovative publishing and reading ideas like leaving books on the metro as a treasure hunt, walking book fairs and bringing out books on interesting practices such as Tibetan Buddhist traditions. While ‘Books that Speak: The future of audio’ discussed the potential of audio books, ‘Resurgence of Print’ brought back the printed page to center-stage, and asked whether readers still take refuge in print. ‘English Language Publishing: The Indian Market’ delved into the position of the Indian publishing market in the global landscape.

Day 2 of the event brought together a roundtable discussion on the ‘Publishing Process and Policy Perspectives’ with eminent publishers such as Ananth Padmanabhan, Manas Saikia, Robert Watkins, Urvashi Butalia, Renu Kaul, Ian de Toffoli, Bijal Vachharajani, Rita Choudhary, K. Sreenivas Rao and Ratnesh Jha, in conversation with Atiya Zaidi. ‘Bestselling: The Indian Way’ spoke of the how and why of Indian bestsellers; ‘Educational Publishing: Towards an Expanding Knowledge Base’ discussed the growing concerns in the domain of academic publishing; and ‘Enhancing the Book’ introduced the audience to new and innovative dimensions of the book in the digital age. The day concluded with a session celebrating book covers.

On Day 3, the ‘Vitaran: Distribution and Outreach in Indian Publishing’ discussion talked about the impact and distribution of books in Indian languages. This was followed by a fascinating session on ‘The Role of Art in the Book Industry’. The session on ‘Digital Narratives’ involved a celebrated panel, including Anurag Kashyap, Karan Anshuman, Anish Chandy, Pankaj Dubey, Gaurav Solanki, Arpita Das, Anu Singh Choudhary, Kathy Reichs, Akshaye Rathi, Shailesh Bharatwasi and Sameer Nair in conversation with Vani Tripathi Tikoo and was held on Day 4. The panel discussed the latest trends in digital media and the potential of web streaming platforms in the new age to harness the power of great stories.

The last day, Day 5, featured an Agents Open House with Mita Kapur, Preeti Gill, Kelly Falconer, Pierre Astier, and Hans Petter Bakketeig in conversation with Anuj Bahri. The session ‘Mind is your Business: Divine texts and the mortal art of bookselling’ gave insights into the publishing and selling of religious texts. The agents and some select publishers also mentored a group of young first-time writers under The First Book Club New Writers Mentorship Programme. Around 25 shortlisted participants were invited to attend the festival on Day 5, and given individual feedback by an expert panel of publishers, literary agents, writers and translators.

Welcoming attendees, JBM co-director and publisher Neeta Gupta said, “Through a series of dialogues on the business of books and translation we hope to spark a greater interest in South Asian writing.”

JBM played host to the hugely successful Festival Directors’ Roundtable on Day 4, bringing together over 20 of the world’s most successful festival directors who discussed their many challenges; announcements of three major industry awards were made: the Vani Foundation Distinguished Translator Award, the Romain Rolland Prize for translations from French to Indian languages, and the Oxford Book Cover Prize.

Speaking about JBM 2018, ZEE Jaipur Literature Festival Co-Director Namita Gokhale said, “It has been heartening to watch Jaipur BookMark, the publishing segment of the ZEE Jaipur Literature Festival, grow from strength to strength over the last five years. It has evolved into a vibrant hub and intersection for the Indian and international publishing community and an important catalyst for translations from and into the Indian languages and from around the world. ”

Festival producer Sanjoy Roy commented, “The Jaipur BookMark has created a much-needed platform for translation and for publishers, agents and digital businesses to come together to discuss and debate the needs of this growing industry.” 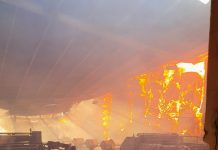 JBM7 – from out of site to onsite