The company started manufacturing autopasters in 2011 when not many Indian companies were able to do this. It also supplied bespoke (made to order) folders for imported presses. Sigmarq achieved success with its autopasters and progressed to making 4-Hi press towers capable of printing 4 colors on both sides of the web as well as folders in 2012. All the autopasters, folders and 4-Hi towers were initially sold as add-ons to existing web offset press lines from other manufacturers. In 2014, the company launched its completely redesigned and heavy-duty Crusader brand of 4-Hi towers.

The company’s first 4-Hi towers were supplied to the Dainik Jagran group at various locations including Ludhiana, Jalandhar and Noida. Sigmarq also supplied its 4-Hi towers as add ons to existing press lines at Eenadu, Daily Thanthi, and some contract printers. Gujarat Mitra in Surat installed a complete Sigmarq press line comprising five 4-Hi towers and six autopasters with a 2-2-2 folder. Jagran, after using the add-on towers for almost one and half years, ordered a complete Sigmarq Crusader newspaper press line in 2016 for its Moradabad plant. The six 4-Hi tower configuration with integrated autopasters and a 2-2-2 folder at Jagran’s plant in Moradabad has a 533 mm cutoff and runs at 40,000 copies an hour. A similar 533 mm pressline has also been installed at the Nai Dunia plant in Bhopal.

Efficiency in operations
Sigmarq’ two directors have focussed not just on supplying machines but offering what they call designing, assembling and servicing. The company has developed a dedicated vendor base who supply Sigmarq with components which it then assembles in its premises with a workforce of 85. “We have completely outsourced manufacturing of components to third part vendors who we support. However, we make sure that quality control is in our hands as the entire vendor base has been set up by Sigmarq,” says Rajesh Ghorpade. This give the company greater flexibility in the manufacturing process and helps offer cost-effective solutions. “This is why we did not opt for manufacturing all components in-house,” Ghorpade asserts.

2017 was a good year for Sigmarq
Although 2017 was a year of disruptions for the Indian economy and newspaper industry, Sigmarq managed to still bag some good orders. The company has an installation base of 40 towers and 75 autopasters and several folders which includes the complete five and six 4-Hi tower press lines now runnning at three locations. In addition, Sigmarq has also provided Eenadu with a Sigmarq Motorized Ink Control System and has also installed infrared dryers at Eenadu’s three locations for heatset printing on glazed and standard newsprint. “The infrared dryer is a much more cost-effective solution compared to UV curing and this is another segment that offers us a lot of opportunities,” says Pradeep Shirale.

Bullish future
With the effects of demonetization almost over, the GST regime now settling down and overall economic activity picking up, Sigmarq is optimistic for 2018. The company is looking to increase its production capacity from two towers and two autopasters a month to three towers and three autopasters monthly. “We see very good orders this year; much better than what we saw in 2016 and 2017,” says Ghorpade.

Sigmarq is also working on building a 4-Hi web offset tower with a speed of 50,000 copies an hour which is meant for dailies needing to produce more than 1.5 lakh (150,000) copies each night. This product is expected to be launched in 2019.

As of today, Sigmarq does not have a very big footprint in the export markets except for a mulitple tower customer in Kenya in the book printing segment. The major focus right now is on the domestic market. “At the moment we are focusing on customers in India and not chasing the export market aggressively. We do not have a very strong service team to look after the overseas clients, so we are going a bit easy on that front. However, that does not mean that we will refuse orders that come from overseas customers,” says Shirale.

Sigmarq is extending its Indian support network with the establishment of sales and services offices in Delhi, Kolkata and Bangaluru by middle of this year. “We are now building a strong sales and services network in India so that we can be close to our customers,” concludes Ghorpade. 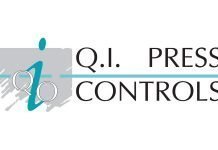