Organized by All India Federation of Master Printers (AIFMP) in association with Print-Packaging.com, Pamex 2017 opened to a positive response on 18 December, at the Bombay Exhibition Center with visitors from across the country in attendance. Some of the biggest brands in the printing and related industries are exhibiting at the event with companies such as Monotech, Konica Minolta, Canon, Insight Communications, Xerox, Pratham Technologies, Excel Machinery, TechNova Imaging Systems, Techno Graphic Services India, FujiFilm India, Provin Technos, among others showcasing their latest offerings.

The first day of the event saw the announcement of a joint venture between Monotech and Pressline for joint development, production and marketing of a high-speed digital inkjet press to cater to the newspaper, transactional and book printing markets in India and overseas.

Other new offerings are also expected to be launched at Pamex 2017. Mumbai-based Advanced Graphics System will be introducing new products such as text verification software called TVT while Konica Minolta is showcasing its array of digital printing solutions such as Accurio Press C6100.

Promotional efforts of the last few months have culminated with the inauguration of the Pamex 2017 edition. The organizers held meetings in more than 50 cities, both big and small, in the last few months. The 2017 edition of Pamex is expected to see a significant increase in the visitor count compared to the earlier edition in 2015. 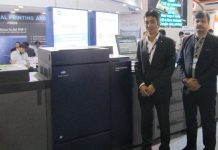 Excitement for Pamex – 18 to 21 December in Mumbai 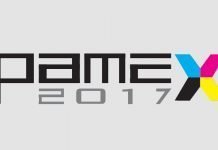