The recently concluded Media Expo 2017, held from 22 to 24 September 2017 at Pragati Maidan in New Delhi and organized by Messe Frankfurt, is the largest exhibition in India for advertising and signage solutions.

We at Indian Printer & Publisher met Messe Frankfurt’s managing director, Raj Manek, who lauded the efforts made by all Messe sister concerns to make the event a grand success. Messe Frankfurt acquired Media Expo in 2013, giving the print market in India a major boost ever since. Manek said that he has been closely observing the Indian market since the commencement of the event and has noticed a significant growth in the industry over the years. He feels that the digital printing format needs to penetrate more into the market. He also feels that the Indian print industry is poised for substantial growth and he wants to be a part of the growth dynamics by being involved in such shows.

Wide format printing and flex printing are a thriving business in the Indian market. The level, quality, content and the way companies display their equipment have all seen a rise ever since the initiation of this event. “There is a big gap between the Indian and Western markets. Indians are still adapting to modern technology, which makes growth potential of the Indian market quite huge. There is a lot of scope to explore newer ways to develop the infrastructure here,” said Manek.

Indians today are constantly seeking to upgrade to new technology. The traditional flex printing machines are improving, people are turning to digital printing and laser cutting widely, and machines are being overhauled on a regular basis indicating that the printing industry is determined to raise its standards.

He considers 3D printing as the next big thing in the printing industry and it is slowly making inroads in the Indian market. The only concerning factor is the cost involved and the return on investment. “The print industry is growing at a rate of 13.5-14% CAGR. This is extremely appreciable, especially when most of the major industries were hit by demonetization and GST. This makes me believe that Indians might be adapting to changes coming across in the industry better than the westerners,” Manek observed.

Among all, the digital printing segment is witnessing the maximum growth in the world. Digital and 3D printing are two of the most rapidly evolving printing segments worldwide. The Indian market is always on the lookout for cheaper alternatives, which makes it important for players to extend competitive prices, thus proliferating the sales of modern-day machines.

With a total of 19 shows in the country and around 22 conferences every year, Messe Frankfurt is a leading organizer in the country. The primary motto of Messe Frankfurt in India is to boost the economy and help the Indian companies export their machines to other countries. The company is working hard to eliminate all the challenges in the market and hopes to become an unparalleled show organizer in a couple of years. Materials will be most significant part of the 3D printing industry, reports IDTechEx 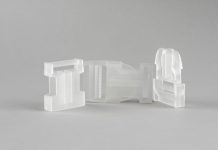 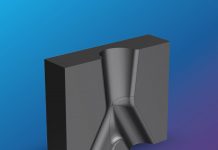 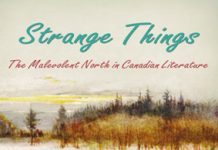