Started 23 years ago at Noida Sector 15A, the community magazine Samvada has come a long way. Today, it is virtually the only hyper-local magazine with a circulation close to 2 lakh copies every month. “We are a hyper-local magazine with 65 different editions—33 in South Delhi and 32 in Noida. Basically, there is one magazine for one locality—every kitchen gets a copy. Our strategy is to add two colonies/sectors every month. From next month, we are expanding to Gurgaon as well. Very soon we are going to start pan India,” shares Veenod Aggarwal, editor-in-chief of Samvada.

With 160 resident editors and 25 coordinating editors, Samvada focuses on local issues that neighborhood residents care about, but that they don’t get to read about in major dailies. According to Aggarwal, what motivates resident editors for voluntary reporting is, “The product is such that it easily convinces the resident editors. I don’t know most of them on the personal front but they have grown along with the magazine. Residents from various localities come together and share what’s happening in and around their area. Samvada is a platform for the residents to communicate and voice their opinion with one another.”

Samvada’s success lies in empowering the voice of the residents of the community. It plays a major role in the success of these communities. As communities become increasingly large and diverse, residents use Samvada as a medium to integrate into smaller, more homogenous communities. They write what they witness by becoming its contributors.

“When it comes to resolving public issues and problems in a residential community, a magazine like Samvada is much more relevant and result oriented,” feels Aggarwal. Perhaps one of the most attention-grabbing headlines Samvada has ever run was in the year 2010. The headline read—‘Maid caught begging at traffic light with employer’s baby.’ The editor’s office was flooded by journalists and crew from the news media to gather more details on the story. Although Samvada features news related to local politics (local politician visiting a particular locality, and so on), it refrains from publishing any sort of news on national politics.

“People wait anxiously for their copy every month. There are instances where, on a particular month, a reader had misplaced a copy and called us to send him another one so that he could bind all the magazines month-wise without a miss. In fact, this is not an isolated instance. We keep getting calls from our readers, which motivates us even more in discharging our responsibilities for the well being of our readers,” says Aggarwal.

Speaking about challenges that the tabloid has faced, he says, “The main challenge is distribution. We see lack of cooperation from Resident Welfare Association (RWA) executives in some colonies. Some have even asked for bribes to allow distribution inside a colony. But we restrain ourselves from such malpractices and try to explain the executives that we are a magazine registered with the Registrar of Newspapers for India, which means that we are as much legitimate to be a part of residents as any other newspaper in the country.” 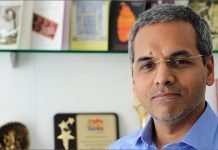 Newsprint prices rising as they were bound to

Down to Earth celebrates 25 years with Hindi launch